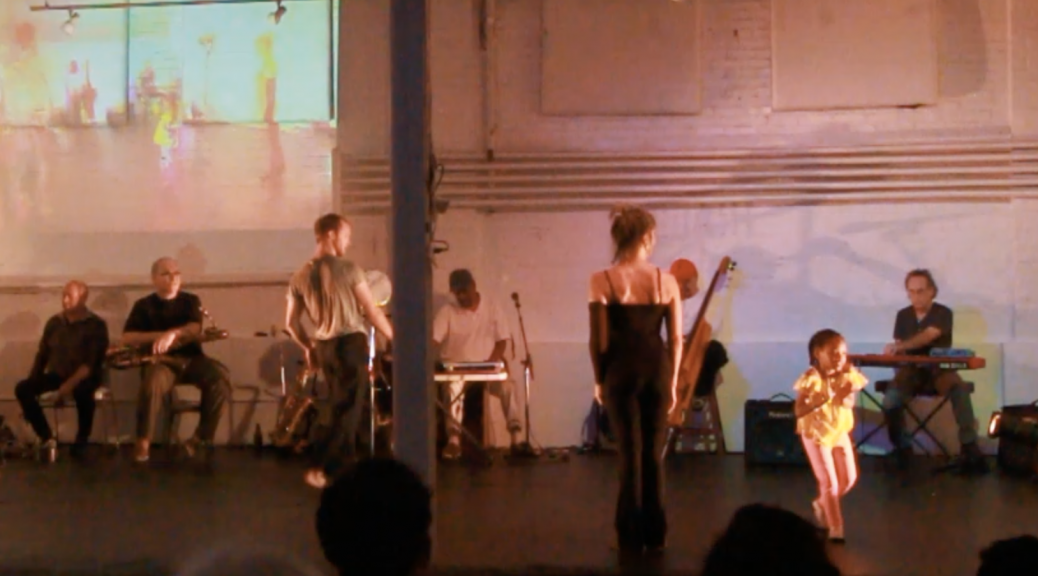 Mariya Manzhos writes evocative stories for the Boston Globe and Somerville Journal.  She happened to attend Thursday’s performance of ESCAPE, a Tabula Rasa Multidisciplinary Experiment, and called me later for an interview.  Here is what she wrote:

Well-connected in the Boston creative circles, Musinsky assembled an accomplished crew of jazz musicians, many of whom are friends. Jazz musician and Musinsky’s neighbor Stan Strickland, who played saxophone on Thursday, opened for Aretha Franklin last year. Scott Getchell, who plays the trumpet, said that that improvising together is natural for Tabula Rasa’s musicians.

“It’s pure improvisation,” said Getchell. “But we’ve known each other for so long, that there are certain genres we can fall into.”

Throughout the performance, the motifs of blues, tango, and more classical music emerged. Musinsky compares dancing to live jazz as to being played like a marionette.

To the side of the stage, Somerville artist Tamar Etingen was painting on a large poster. By intermission, the abstract strokes became figures of musicians and dancers.

“The musicians are playing, I’m painting–we’re all doing what we do,” said Etingen, who focuses on gelatin printmaking.

Joshua Rajman, who heard about ESCAPE from a friend, said that what appealed to him about unstructured and unscripted performance is the artist’s’ ability to take down any psychological barriers that might hold back the stream of consciousness. This kind of live discovery, he points out, takes courage.

While there is nothing new about improvisation in music and dance (the free jazz movement developed in the 1950s and 60s), for Rajman, it’s their synthesis on one stage that is unique about Musinsky’s work.

“The idea of each one cyclically inspiring each other is not something I’ve seen, at least in not such a publically viewable format,” said Rajman.

During the second act of the show, Musinsky invited everyone in the audience to join the dancers on the stage. But only a couple of uninhibited guests dared to come up.

Musinsky says that improvisation is shedding its reputation of being a trick “that you do when you don’t know what else to do.” With increased focus on mindfulness, contact improvisation practices have been gaining more popularity.

“You always have to be listening,” said Musinsky. “When you’re told what to do, you’re not as intensely focused on the people you’re [dancing] with.”